“How come you guys move around so much?”

If the house was given a bottle every time we were asked this question, we would be a non-profit BevMo.

One of the unique aspects of the Order of Preachers is our itinerancy.  We move around a lot.  We’ve always moved around a lot.  Ever since the beginning nearly 800 years ago.  In fact, you can say that itinerancy is one of the hallmarks the Order. 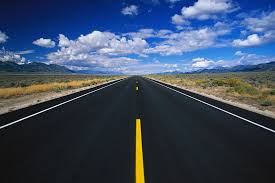 When God inspired Holy Father Dominic to found an Order devoted to preaching, he was on the road.  He traveled with his Bishop Diego of Osma to the Marches, accompanying him and a bride-to-be.  It was while on the road, traipsing through southern France, that he was inspired to form an Order of wandering preachers. 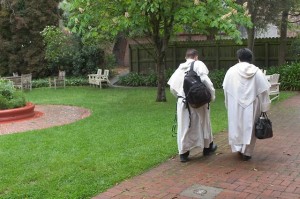 His immediate successor wasn’t much different.  Blessed Jordan of Saxony was always on the road, rarely at his place of assignment, mostly traveling between Paris, Bologna and Toulouse, just like Holy Father Dominic.  Oddly, though, he died on a boating accident off the coast of the Holy Land.

So yes.  Dominicans travel. A lot.

This insistent impulse to travel is ingrained within the Dominican Spirituality.  At the end of the month, the Novices will take off for three weeks to visit the southern part of the Western Dominican Province.  In the latter summer, they take off again to visit our northern ministries.

Once in vows and in studies, our itinerancy doesn’t really change much.  In my experience,

I’ve found myself in Central Mexico, Guatamala, El Salvador, and the foreign country of Washington, DC.  (It’s a joke—get over it!)

But why do we travel so much?  Why do we come into a place, preach the Word, fall in love with the People of God, and leave for the next place?

In short, the answer is for the salvation of souls.

The Order of Preachers were founded to preach the Truth of Christ Jesus to all peoples.  To preach as the First Itinerant Preacher. That means going on the road, encouraging people to encounter Jesus Christ, and move on to the next place.  It means challenging our brothers and sisters in the Body of Christ along the journey towards our true homeland.  It allows us to offer a fresh perspective on how a person views their life, their relationships and their faith.  As the Jewish proverb goes, “A guest for a while sees a mile.”

This itinerancy is for the parish’s good as well as for the preacher’s.  It’s quite easy for human beings to get complacent.  We wake up, go to work, go to Mass, eat, talk on the phone, go to bed, repeat.  But what if there is a new person in your life that forces you to look at things in a different way?  A person that shocks your system, dares you to reevaluate your life, and forces you to stare at your faults and glories head on?  What if you met a preacher that will introduce you to Your Best Friend?

For the parish community, one preaching can shock an entire community.  It may create a fertile ground for intentional disciples.  For the preacher, being the conduit of grace is revitalizing and life-changing. It’s the life of the apostles, still living in the here and now.

Although our pastor was formally installed back in September, it is safe to say that our 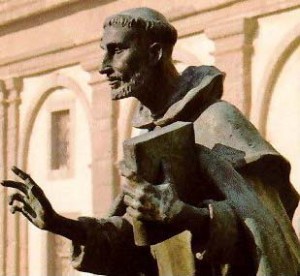 community will be in transition for yet a few months more.  People are scared of change.  They are critical and sometimes demanding.  They are off-putting without guile, honest without charity, proud without apology.

And they miss the brothers that were here before.  They miss Fr Xavier, Fr Stephen Maria, Fr Garry, Fr Francis, Fr John Paul, and the list goes on and on.

Saint Dominic’s Catholic Church is a Dominican Parish—not Fr Michael’s, not Fr Xavier’s, not Fr Roberto’s, not Fr Martin’s.  It is a ministry of the Dominican Order.  As such, we invite you to continue to be formed by the preaching of the Order.  We invite you to encounter us, as we, with you, encounter the Master Preacher. 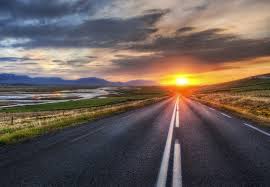