Home→Lent→Preview of the 7:30 Ash Wednesday Mass

If its any encouragement, the Solemn Mass will include the incomparable setting of Psalm 51 (The Miserere) by Allegri.  This is the piece of choral music where a lone soprano reaches a high C in the verses, which alternate between full choir, solo quartet and chant group.  Mozart thought it was sublime and copied it down from memory: 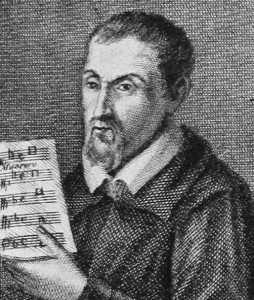 Gregorio Allegri (1582 – 1652) was a singer in the Papal Chapel from 6th December 1629, until his death. He is almost exclusively known for this setting of Psalm 51 the Miserere mei.  Most will know this choral work for its haunting soprano top Cs, and the myths surrounding its performance by the Sistine Chapel Choir.

It was de rigeur for those on the Grand Tour in the 18th century to hear the work in the Sistine Chapel during Holy Week. Many have expounded on the piece’s beauty and uniqueness, and legend tells that unauthorized copying of the work was an excommunicable offence. Despite this, Mozart is said to have reconstructed the work after hearing it performed from memory, thus avoiding excommunication on a technicality.

Come to pray, receive the sign of the ashes and be inspired to live a good Lent.