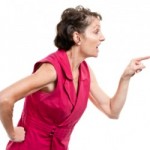 I was talking to a very close friend about the Sacrament of Reconciliation.  I’ve never heard her confession.  Nor will we ever be in that kind of situation.  (I know, I know, never say never.  But trust me.  This will never happen.)  But as we were talking about going to confession, she asked, “Do you really, really, really don’t remember a single confession?”

Now, here’s the thing.  At St. Dominic’s, any one priest can hear between one to five hours of confessions on any given weekend dependent on the time of year.  For one thing, you can tire of listening for such a long time. Also, the penitent really is completely anonymous unless the penitent actually names himself.  Have I had confessions in which I recognize the voice?  Perhaps…?  Maybe?  But really, if you are on my side of the box, would you take the risk and name the penitent?  Really?

Moreover, a wise priest said to me once that you hear every sin that is imaginable and possible within your first six months.  And you do.  Within six months, nothing surprises you.  You have literally heard it all.  So the myth of fear of the priest yelling “You did what?” is really a farce. 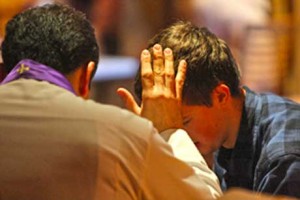 Okay, what about a person comes to a priest for a face-to-face confession.  A common question would be if your opinion of the penitent would change.  I cannot speak for the other priests of the parish, but I can say this: if a long-standing member of my parish community made an appointment with me and intended that I listen in on his most intimate moment with God (second only to receiving the Eucharist), I would feel honored that I had been asked into this person’s life.  A person is having an intimate moment with their Jesus, and allowing me to listen in on the conversation.  For me, it is a most powerful honor.  It’s an honor that I cherish.  What else would I be compelled to do other than to absolve them of their sins?  It’s the only thing, the least thing, I can do!