Home→Lent→Reflections on the Sacrament of Baptism – part I, “Why did Jesus get baptized?”

As we prepare for the Easter Sacraments, let us reflect on the first Sacrament that all Christians have partaken: BAPTISM

We will engage in a three part discussion about the Sacrament of Baptism:

Part I: Why did Jesus get baptized?

Part III: Baptized to be holy 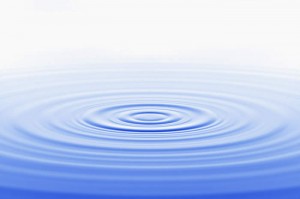 The people were filled with expectation,
and all were asking in their hearts
whether John might be the Christ.
John answered them all, saying,
“I am baptizing you with water,
but one mightier than I is coming.
I am not worthy to loosen the thongs of his sandals.  He will baptize you with the Holy Spirit and fire.”

After all the people had been baptized
and Jesus also had been baptized and was praying,
heaven was opened and the Holy Spirit descended upon him
in bodily form like a dove.
And a voice came from heaven,
“You are my beloved Son;
with you I am well pleased.”

Crisis of the Situation.
According to Jewish liturgical practice, what we know as baptism is a cleansing ritual that prepares the High priest for the Day of Atonement.  The High Priest would go to a bath of ‘living water’, bathe in it, and from there, prepare all of the rituals for the Day of Atonement.  What we call Baptism was linked, from the very beginning, to sin.

It makes sense that John the Baptist would call people to repentance, to cleanse themselves from their sinful ways, and to live in accordance to the Jewish law.  Baptism, at least as John understood it, makes a lot of sense…for people who sin.

But it doesn’t make sense for Jesus.  Why did Jesus get baptized?
Why did the Sinless Lamb of God, he who was tempted but never strayed, get baptized by his cousin John?

Beginning from the End

Why did Jesus undergo baptism?  Why did the Sinless Son of God, do this?

As some of your know, Pope Benedict XVI wrote a three part book series entitled, “Jesus of Nazareth”.  It’s his own spiritual journey in learning who Christ is, and who Christ wants us to be.  The Holy Father tracks Jesus entire ministry, from his Nativity to his Ascension. 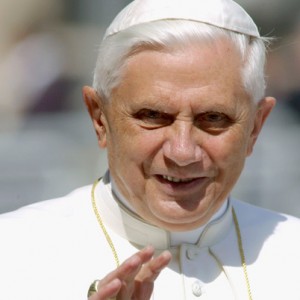 (Now, remember, these books were not ex cathedra statements.  He wrote these books as a fellow theologian, one amongst many, and not as the Pastor of the Western Church as such.  His words are not definitive, but nonetheless, they are illuminating.)

He writes, “Immersion in the water is about purification, about liberation from the filth of the past that burdens and distorts life—it is about beginning again, and that means it is about death and resurrection, about starting life over again…..  So we could say that it is about rebirth.” Vol 1, page 16

It’s pretty self-evident what he is saying here.  That immersing oneself into the waters of Baptism is a new beginning.
It’s about leaving one’s former way of life and entering into a new life, a life with different presuppositions, different ways of being in the world and looking into the world, different ways of interacting with other people.

By entering into the waters of baptism and coming out the other side, you are reborn into a new way of life.

Seeing John’s baptism this way, then, we continue the words of the Holy Father:  “Looking at the events in the light of the Cross and Resurrection, the Christian people realized what happened: Jesus loaded the burden of all mankind’s guilt upon his shoulders; he bore it down into the depth of the Jordan.  He inaugurated his public activity by stepping into the place of sinners.  His inaugural gesture is an anticipation of the Cross.   …The Baptism is an acceptance of death for sins of humanity, and the voice that called out ‘This is my beloved Son” over the baptismal waters is an anticipatory reference to the Resurrection.”

Or, as St. John Chrysostom once said, “Going down into the water and emerging again are the image of the descent into hell and the Resurrection.”

What happens when we think about water?  We drink it, it refreshes us, and cleanses us.

But what happens when you have too much water?  You die—you drown.

When Jesus was baptized, it was in anticipation to the passion event.  Every action is determined by its end. Why does a person drink coffee in the morning?  So that he may be able to be awake at the office.  Why does a person study biology?  In order to be a doctor.

Why did Jesus get baptized?  In order to prefigure or anticipate the Passion, Death and Resurrection.

What does this mean for me?
When we are baptized, we are reborn into the Mystery of Christ, to live this mystery and his life in the here and now. That we will be praised, rejoiced in, rejected, mocked, scourged and loved just as he was in his short ministry.  That we obtain the genealogy that he was born into, that that history of the Covenants, Abraham to Moses to David, are now ours by virtue of our being Baptized into the Mysteries of Christ.

What does this mean?  That when we suffer, are persecuted, are going through rough times and glorious times, we ought not be surprised.  We are undergoing the Life of the Savior.  What we went through is our lot.