The sisters of Lazarus sent word to Jesus, saying, “Master, the one you love is ill.” When 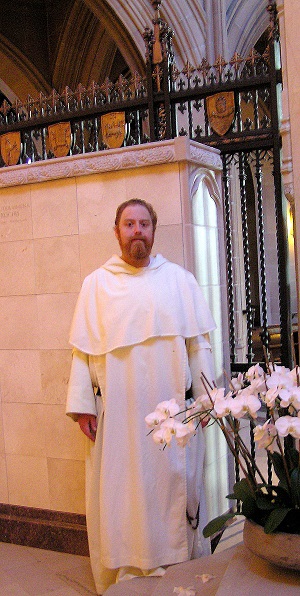 Jesus arrived, he found that Lazarus had already been in the tomb for four days. When Martha heard that Jesus was coming, she went to meet him; but Mary sat at home. Martha said to Jesus, “Lord, if you had been here, my brother would not have died. But even now I know that whatever you ask of God, God will give you.” Jesus said to her, “Your brother will rise.” Martha said, “I know he will rise, in the resurrection on the last day.” Jesus told her, “I am the resurrection and the life; whoever believes in me, even if he dies, will live, and everyone who lives and believes in me will never die. Do you believe this?” She said to him, “Yes, Lord. I have come to believe that you are the Christ, the Son of God, the one who is coming into the world.” He became perturbed and deeply troubled, and said, “Where have you laid him?” They said to him, “Sir, come and see.” And Jesus wept. So the Jews said, “See how he loved him.” But some of them said, “Could not the one who opened the eyes of the blind man have done something so that this man would not have died?” So Jesus, perturbed again, came to the tomb. It was a cave, and a stone lay across it. Jesus said, “Take away the stone.” Martha, the dead man’s sister, said to him, “Lord, by now there will be a stench; he has been dead for four days.” Jesus said to her, “Did I not tell you that if you believe you will see the glory of God?” So they took away the stone. And Jesus raised his eyes and said, “Father, I thank you for hearing me. I know that you always hear me; but because of the crowd here I have said this, that they may believe that you sent me.” And when he had said this, He cried out in a loud voice, “Lazarus, come out!” The dead man came out, tied hand and foot with burial bands, and his face was wrapped in a cloth. So Jesus said to them, “Untie him and let him go.” Now many of the Jews who had come to Mary and seen what he had done began to believe in him. (John 11:3-45)

Tears. Weeping. Mourning. Our story begins with Jesus’ late arrival after Lazarus has already died. At first glance, this timing seems curious. If Bethany is only 2 miles away from Jerusalem, why does Jesus wait 4 days until after Lazarus is buried before he makes the journey?

Two spiritual principles emerge from this curious delay. First, Jesus’ lateness provides the opportunity to manifest his divine power. If he had raised Lazarus from his death bed immediately, the skeptic might wonder if Lazarus was truly dead. Waiting 4 days after burial removes any doubt of the authenticity of the ensuing miracle. In fact, the same folks who seek Jesus’ life also threaten Lazarus once he is raised from the dead, because Lazarus’ living presence is a witness to Christ’s power. Second, Jesus’ delay reveals God’s attitude toward suffering and death. In the face of his loss, “Jesus wept” (11:35). Jesus’ tears teach us that mourning is not simply a human emotion, but also God’s first response to death.

Death was not an original part of God’s plan for us. Death is the consequence for sin, and Jesus’ reaction reminds us of the profundity of God’s love (e.g., the verb, turbatio, which St. John uses to describe Jesus’ state of mind in this moment is the same verb that is used to describe the storm which Jesus calms on the Sea of Galilee). Even though Jesus knows that he will raise Lazarus from the dead, death stirs a storm in his soul, his heart is “churned up,” and he grieves. And in this grief he gives us permission to mourn our own losses, to recognize that death is not what God wants for us and lets us glimpse the unfathomable depths of God’s compassion.

But this is not the end. Jesus’ tears are not without effect. Love is stronger than death. Approaching the grave, Jesus lifts up his gaze to the Father, gives thanks and cries out to Lazarus, “Come out!” Life emerges from grave. As Lazarus emerges from the grave, the act brightly foreshadows Christ’s own resurrection. Just as Lazarus is unfettered from his burial shroud, so we too live in the promise that Christ has the power to lose our sins, to reconcile us with our loving Father, and to raise us to eternal life. This is the hope which allows us to continue with whatever struggles burden our Lenten journey and to persevere in following Christ who is our way, truth and life. For those who believe, the daily veil of tears forms the river which leads to our heavenly harbor.