Written from the Priory of the Holy Spirit, Blackfriars, Oxford 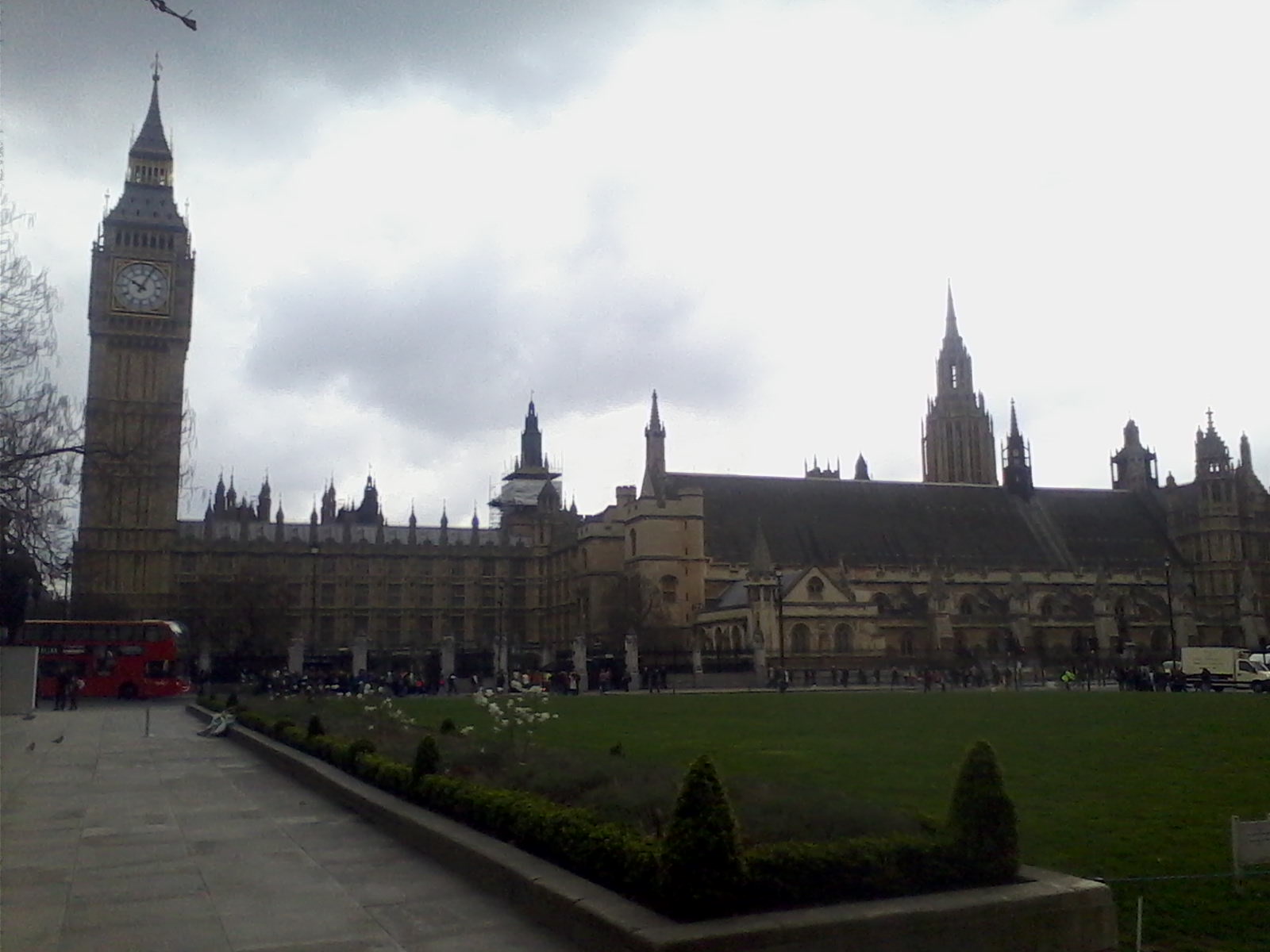 The Elizabeth Tower & the Abbey 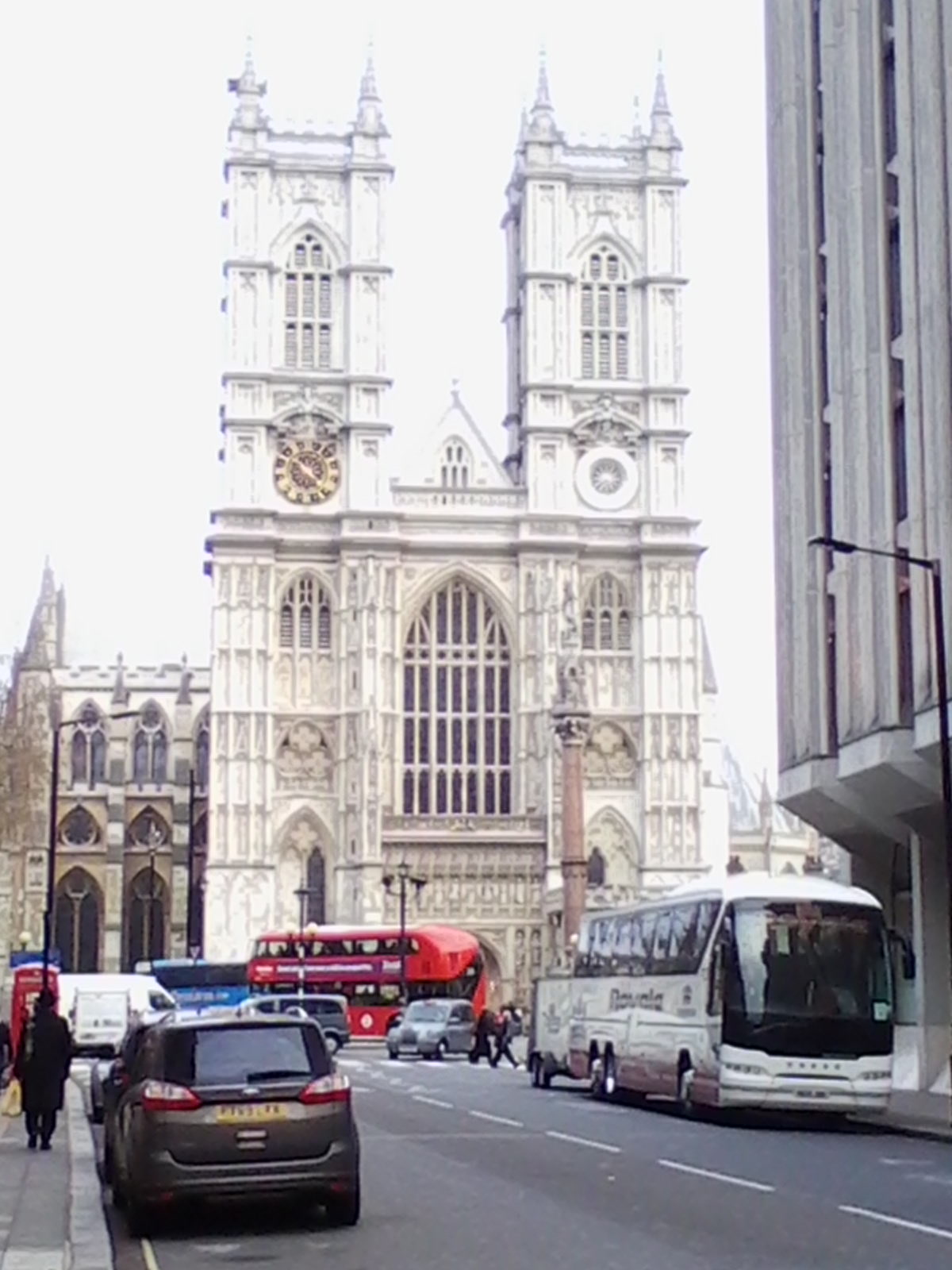 While in London, I had attended Evensong at Westminster Abbey.  Evensong is basically the Church of England’s equivalent to our Vespers.  It is composed of sung psalms, longer readings from scripture, intercessory prayers and the sung Magnificat and Nunc Dimittis.  It really confused me the first time I partook of Evensong a few years prior—I had thought that I was doing Vespers and Compline at the same time. But we’re not.  It’s Evensong.

Anyhow, the Abbey is open from 9:30am till 4:30 more or less for tourists, then they clean up, and reopen at 4:45 to allow worshippers to come in for evening services.   When you go into the Abbey during the day, you have to pay the better part of 35 USD to get inside.  However, if come for Evensong, it’s free.

I didn’t intend to go inside Westminster Abbey at all.  It is irksome to me to pay to see the inside of a church.  It’s the principle of it all.  However, I was in the area at 4:45 that day, so I had decided to pray with my Anglican brethren.  It’s the ecumenical thing to do.

One of the vergers, in a red, flowing cloak, greeted me with about twenty other visitors.

“Evensong, if you don’t mind.”

(I usually mind being called “sir,” but for some reason, the British accent made up for the annoyance.)

I had joined the river of humanity, filing into the abbey to prayers. Unlike them, these had planned to partake in Evensong.  I went because I was a Tube stop away.  …I’m such a utilitarian…. 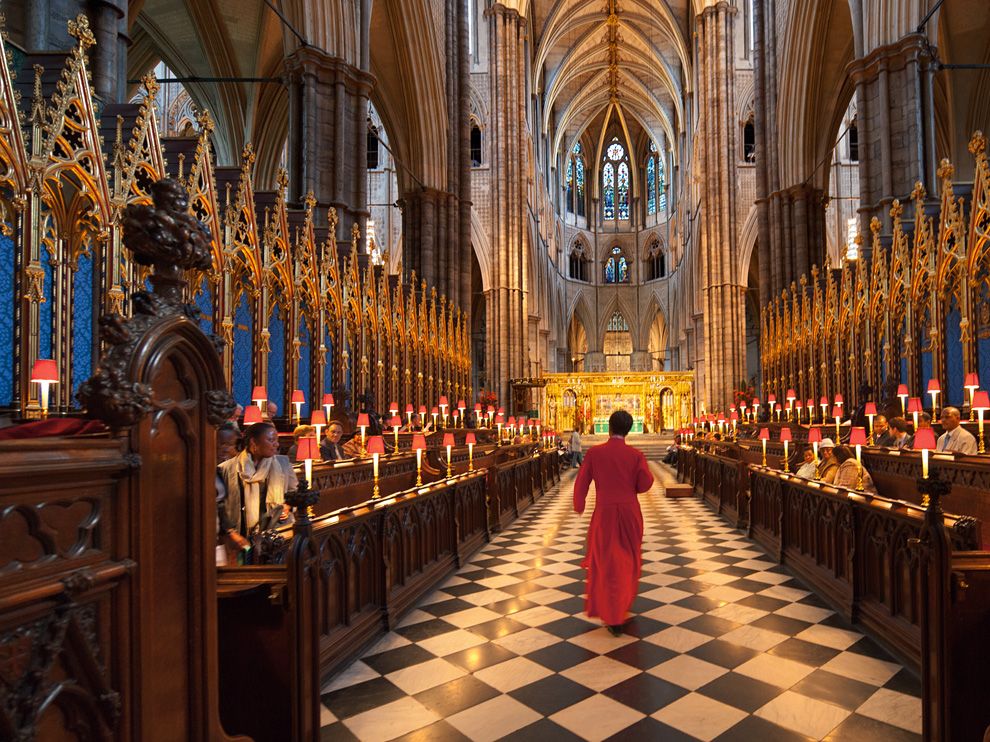 Photo: A service inside Westminster Abbey in London, National Geographic

The interior of the Abbey is as beautiful as the legends state.  Vaulting ceiling.  Marble everywhere.  A presentable icon of the Blessed Mother on one side, and a striking image of Our Lord on the other, both littered with candles.  Once inside, I lit one candle for the intentions of our parish.  Larger than life statues of men, women, angels, cherubs.  Statues of people laying with their hands held up in prayer, others laying as though at a Greek symposium.  Marble busts.

I scanned the dates of these memorials of people long dead.  1548.  1612.  1747.  Men and women that I do not know, but nonetheless remembered forever in the grounds of this hallowed abbey.  Their names literally inscribed in the stonework of this Church.

I rounded a corner with the rest of the river of visitors, and found the quire, where the choir stalls stood, and a few hundred folding chairs in rows on either side.  To my right was the quire, to the left, the high altar.  Atop each folded chair lay a worship aid.

A verger showed us our row in which to sit.  I squeezed inside and looked at my neighbors.  One man was hushed by a member of the abbey for taking out his camera.  Some others looked around in distain.  Others looked up and around as though lost.  There was a boy that squirmed, attempting to take everything in—it looked like he were attempting to swim midair.

Not to be proud, I was here because I needed to fulfill my religious obligations—I needed to say Evening Prayer, and I didn’t want to say it alone.

But I looked around and I wondered about my fellow visitors.  Why are you here?  Are you cheap (like me) and didn’t want to pay the price?  Or are you overbudgeted yet religious (like me) and are eager to see this abbey working like a praying building?

There are times when I wish that St. Dominic’s was better located.  How many times have friends complained that our parish is not near a BART stop.  Or we aren’t close to the water.  Near a Caltrain station.  It’s great that we are so close to the 22 and 38, but still, complainers complain complainingly.

But I digress.  Evensong lifted me up.  Despite the cramped sitting spaces and the endless restlessness of children—and not the mention my own fatigue—I found myself refreshed and enlivened by the chanting of David’s Psalms.  The boys choir would make the heartless believe in God again.  Soaring voices and eager praise.  The precision of the liturgical ministers.  The exactness of speech.  What many would call stiff-lipped, I found quite elegant. 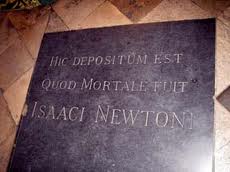 After Evensong, the vergers escorted us out like cattle.  I snuck out of line, taking some time to notice the choir stalls, the piercing sapphire blue against the dark, blackish wood.  I saw individual lamps stationed at each choir stall.  After I had stepped over the remains of Sir Isaac Newton—sorry about that—I found myself by a statue of a man I knew not.

I found myself watching my fellow travelers as they left the Abbey.  Most looking ahead, waiting to get out, others soaking in the tombs and inscriptions.  The vergers were polite, yet their faces were eager.  They too just ended their day, and were ready for the next thing.

So I bade farewell to the Abbey.  Most likely, the last time I will be inside.  I prayed for the dead—the Dominican thing to do—and made my way into the elements.

The beauty of St. Dominic’s is that the visitors to the holy chamber may very well have purer intentions than other churches of better real estate. In other words, you have to make a trip to get there.  You have to find the parish.  Purposed or not, we don’t advertise our parish’s radiance.  Our distance from the BART and Caltrain easily deters tourists. People who come to St. Dominic’s are not merely visitors.  Many are pilgrims.

The Priory Church of St. Dominic will, most likely, never rank to the level of Westminster Abbey.  We don’t have to.  We can be who we are, and be a light to our City in our own Dominican way.

Come, pilgrim, be refreshed by the cool waters of baptism, and allow the blood of the Lamb fill you up and bring you home rejoicing.