Not too long ago, a member of my family was in the hospital for a routine surgery.  One of those procedures that many go through, and their lives are the better for it.  Anyway, I was asked to spend a few days with that part of the family.

“So why do I have to go?  Not that close to that part,” I protested.

“You’re the priest,” came the response.

“But it’s summer and it’s hot,” I complained.

Anyway, I found myself journeying with this part of the family throughout the medical procedure.  Pre-op, the waiting room, through the recovery phase.  We saw this family member wake up, go back to sleep, everything.

We arrived at the hospital at 5:45 in the morning for an 8:00 procedure.  The morning was crisp and cool, the sky night-dark-blue with a haze of stars.  All was quiet, except for a handful of cars.  We rode to the hospital in a muddled silence, with a splash of tension. 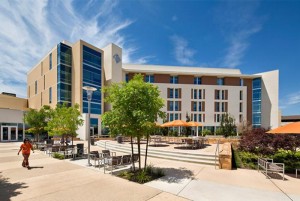 Once we filled out a series of papers, we were brought into the pre-op station.  Nurses and personnel stopped by, asking about the procedure, going through diagnostics and checking legals.  One after another, the support staff and nurses mentioned that a Doctor Nguyen would stop by.  Doctor Nguyen this, Doctor Nguyen that.  We soon learned that he was the anesthesiologist.  Ah, I said to myself, the sleeper guy.

We strayed around the pre-op suite, looking at each other, making small talk, leaning on each other (the little ones fell back asleep), a small Vietnamese man in royal purple scrubs and a sky blue hairnet walked into my family’s station.  His whisper-of-a-mustache, his long, white fingers that reminded me of piano keys, his purposed movements.  He mumbled mostly, except when permitting the family to watch his injections.  Every movement was intentional, no one action put to waste.  Everything he did was for this singular focus of preparing this family member for surgery.

After about five minutes of movements and injections, he nodded to us, confident, and backed away.  Gone.

Doctor Nguyen’s appearance and performance made me think of stereotypes.

Anesthesiology, I have been told, is the trickiest of all of the branches of medicine.  You chemically bring people into a semi-death state, where you purposely slow a person’s breathing and heart rate.  There is always a chance that the person you put under may never awake.

Of course this doctor would be pinpoint focused on all of his actions.  Everything that he did did matter, he has no room for error.  Being a man that deals with the sleeping, of course he would be a slight man, smallish even, with a little voice and appearance.  Yet, he is also intentional, brilliant, a man who is confident in everything that he does.  I could not think of a better, stereotypical, image of an anesthesiologist.  Of course.  Naturally.

Stereotypes are fun.  In writing, they are extremely useful.  You write “A cowboy walks into a bar” and you think of the hat, the clinking spurs, the straw in his mouth and the gun at his side.  You think that he is dirty and unkept.  Most likely a stinkin’ cheatin’ robber witho’ no money and no fam’ly.  You don’t think of a Drew Carey dressed in a pair of holed up jeans and a chewed up A’s baseball cap. 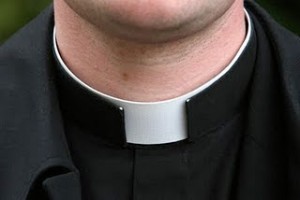 Dependent on a person’s background, I would get a lot of people trying to stereotype a priest.  A priest has to be reverent, holy, stiff-upper-lipped. The only things he is interested is in liturgy and praying his rosary.  He has clammy hands and a poor sense of humour.  His hair is just too perfect, his fingernails manicured a little too well. His shoes, black leather, are always shined and buffed.  He always is polite, kind, patient.  Yet simultaneously, socially awkward, off-putting, distant, rarely present to his people (except to the elderly housekeeper and the secretary).  He is charming to his dog, yet he can’t hold a conversation longer than fifteen minutes (because really, who would want to talk about how poor the parish is for longer than ten?).

One of my Sacraments Professors aptly stated that the priest is, in a manner of speaking, a hypostatic union. What he meant is this: Just as the Second Person of the Most Holy Trinity is fully divine and fully human, in a sense, so is the priest in a very very very limited way.  Jesus uses the full humanity of the priest—his gifts, charisms, talents, instincts, faults, virtues and vices—and allows that to influence how that priest offers his priesthood to the world.  There were twelve Apostles, twelve unique and particular (peculiar?) ways to manifest their priesthood to the world.  Thus, when the heirs of the Apostles called the presbyters, they did so knowing that they were going to manifest their priesthood in ways different from the Twelve.

This is a good thing.  Ours is a God is who is ultimately mysterious.  God is Mystery.  Thus, the more priests we know, or the more ardent Christians we know, the many more facets of the Mystery we encounter.  And through these encounters, we, hopefully, catch that many more glimmers into the trueness of the Living God.

Stereotypes are fun.  They are helpful tools to help us make sense of this crazy, varied world.  They help us make quick judgments in many situations.  Yet, we mustn’t fall into stereotypes all of the time.  The Mystery is wants to reveal something to us, and He guarantees that He will do so non-stereotypical ways.