Home→Christmas→The Dark Side of Christmas

We are still celebrating Christmas!  The beauty of our tradition is that we celebrate Christmas and Easter for eight days.  These are the Octaves—we are currently in the 7th day of the Octave of Christmas.  Liturgically, this is one liturgical day.  That is how important Christmas day is—we celebrate it eight days in a row. 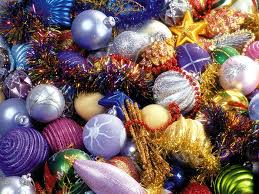 However, amid all of the festivities of Christmas, there is that part of me that is reminded of reality.  The tree will dry out, the ornaments will be put away.  The gifts will be broken or stored or ruined, the emotions and sentiments will be lost in memory.  Eventually, reality will settle in for so many of our community.  This person’s spouse is still dead.  That person is still unemployed.  This marriage is still rocky or that child is still having real problems.

I remember this one story.  A daughter and mother were on the outs.  A death in the family illuminated and exacerbated family ties, and the two left each other’s company.  Daughter would not call mother, mother would not admit the existence the daughter.  Thanksgiving would pass.  And so would Christmas.  The daughter eventually married, had children, had a happily life in suburbia.  Yet the mother would wither in her own pride, spewing anger and venom about anyone who asked about her daughter.  The daughter’s pictures would be hidden and stored, forgotten by the light.

Years later, with her children entering the teens, they would ask their mother, the daughter of our story, about their own mother’s mother. After much prayer and discussion, the daughter called her mother, and invited her to Christmas dinner.  The mother said no, recalling past sins.

This was eight years ago, and they still aren’t talking.

I want to say that this story will end well.  I don’t know how it will end at all.  And sadly, this is no singular tale.  This cruddy, bloody, prideful, baneful stuff happens all the time.  Our own pride and insecurity so often gets in the way of our joy.  It’s maddening, it’s ridiculous, and it’s self-destructive.

Yet after I talk to the brothers and close friends about such terrible stories, they remind me to do the only two things I can do: pray and hope. 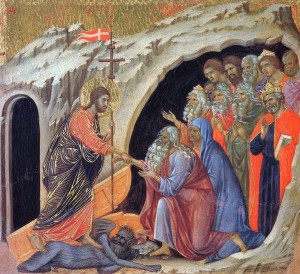 During the Christmas season, I often pray for the reconciliation of families.  I have to live in the hope of Christ.  We are talking about a guy that went through Hell, chained Satan, and released the captive, bringing them to the new life of Heavenly Rewards.  If Jesus can conquer Satan and Death, He can surely penetrate the ribbons of pride that lace our hearts.

And lastly, pray for all broken families in this Christmastide.  May the dark edge of Christmas be banished, leaving only light, hope, and joy.