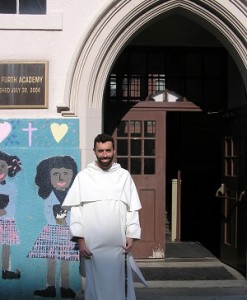 Whom in your life do you identify as a teacher, and why do you identify the person in that way? In today’s Gospel reading, Andrew and another disciple followed Jesus because they recognized Jesus as a teacher. They recognized him as a teacher because John the Baptist identified him as the “Lamb of God.” They believed John’s identification of Jesus as the Lamb of God because they believed John was a prophet through whom the God of Abraham and Moses spoke. They cared what that God said because they believed He created them. He was the source of existence, the author of truth. Given that they believed Jesus came from the author of truth, they were willing to follow him wherever He went, even if He did not tell them ahead of time where that would be. Ultimately, Jesus showed his followers’ ultimate destination to be in the next life, participation in His Resurrection, a state of perfect eternal happiness with Him outside of time. The early Christian martyrs were willing to be eaten alive by animals because they literally believed that about Jesus. The obvious question is should they have believed such a thing about Jesus? Why would anyone accept as true something from a source believed to be divine? What is truth?

The Catholic philosophical tradition makes a distinction between truth as reality in and of itself – as it actually is, and logical truth. Logical truth refers to one’s use of human reason in order to get as close as possible to knowing reality as it actually is. Given that reality in and of itself is always larger than human ability to understand it, human beings throughout the centuries have been willing to believe in an intelligent source of truth as the ultimate source of their own intelligence. They have been willing to believe in a reality that is not bound by what binds human understanding. Christians believe that intelligent source of intelligence to be the Triune God who sent His son Jesus to redeem sinners through his death and Resurrection. 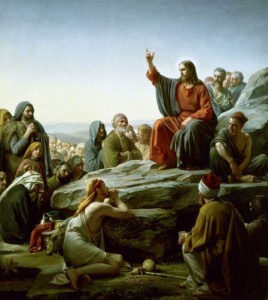 If you believe the same, then you should identify Jesus as your ultimate teacher as did the disciples in today’s Gospel. If we identify Jesus as our ultimate teacher, how are we Christians able to receive guidance from this teacher in light of the Christian dogma that He ascended to Heaven where he sits at the right hand of the Father? One answer is that Jesus provides it via the Holy Spirit. But what does it actually mean in practice to follow that guidance? It’s not like each of us has a personally assigned burning bush from which to hear it. How do we discern the difference between following the Word of God through the Holy Spirit versus simply following words we put into God’s mouth? The best way I know to follow Christ’s guidance authentically is to focus on growing in the Seven Heavenly Virtues and learning about the teachings of the Church He established on Earth. Virtues are essential muscles in this overall endeavor because the more those muscles grow the easier it becomes for us to master the Seven Deadly Vices. The less dominated by vice we are the freer we are to submit to the Word of God via the Holy Spirit through faith. It is a faith-driven submission to what our consciences indicate we should do in light of what we honestly understand Christ to be saying through the teachings of His Church. This process requires a willingness to submit even when doing so is inconvenient.

Also, any level of understanding of what Christ is saying through His teachings to a believer, no matter how honest on the part of that believer, will always have its limits in this life. This is because the truth that comes from Christ surpasses our mortal abilities to understand it. Understanding the guidance that comes from Jesus through the Holy Spirit is a process that unfolds gradually, and we will not understand it fully until we see God face-to-face. In the meantime, our faithful submission to the Word of God in the Holy Spirit through His Church’s teachings is the mechanism by which Jesus speaks to us in order to guide us. It is a relationship with Jesus that becomes more complexly and richly personal the less reservedly we give ourselves to Him through it. If this divine source of truth in which we have faith is real, it is a magnificent treasure that makes all of the difference in our lives. It can give us a sense of the ultimate aim of our existence in this life if we believe it. The question you have to ask yourself is do you believe it?