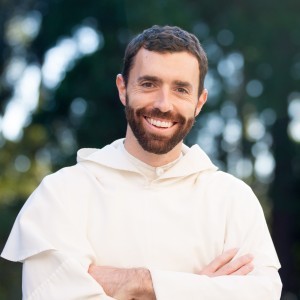 It sure is easy for me to forget that time is running out. Today’s second reading seems to indicate that Saint Paul encountered Christians with the same forgetful tendency. He reminds the Corinthians that the things of this world are passing away. Why does he refer to the present time as something that is passing away? After all, he wrote to the Corinthians nearly two thousand years ago, and the things of this world are still here. First of all, we need to remember that God exists outside of time. Poetically, Saint Peter writes that a thousand years are like a day in God’s sight. Scripture tells us that right now Jesus is sitting at the Father’s right hand where all things have been put under his feet. We hold as an article of faith that He will come again for his final judgment, destroy the heavens and the Earth, and create a new heaven and Earth in which those saved will live with Him, sharing in His nature as members of His body, for eternity.

As people who have been baptized into Christ’s death and Resurrection, assuming we are in a state of grace, we are already with Jesus in eternity in so far as Jesus is in eternity and we are spiritually part of His body. From Christ’s perspective, the current physical world really is passing away, and as spiritual members of his body, we ought to see it as such as well. But seeing things that way can be difficult because even though we are with Jesus in eternity spiritually, our physical bodies, including the physical senses on which we rely for awareness, remain here in this world where we are still vulnerable to temptation. Those of us who have died and risen spiritually with Christ but remain here physically in the realm of time – before physical death – are still in a process of transformation. It is a process that will reach its fulfillment after physical death. 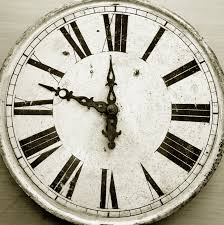 In the meantime, we are growing into the fullness of the new life Jesus initiated in us through baptism. Since the ultimate aim of Christian existence in the current life will reach its fulfillment after death, the best way I know of not being dominated by distractions in this life is to spend time meditating on the end of this life. With every passing moment, I am moving closer and closer to that unavoidable event. Meditating on death is not easy, and I imagine it becomes more complex emotionally the closer we perceive ourselves being to death. The fact that I am going to die is something that for most of my life I struggled to confront for longer than a few moments. It was just too profound a reality for me to handle. Plus, there was always some nearby distraction to relieve me from such thoughts. For example, if I went to a funeral or visited someone who was dying in the hospital, afterward I always needed a funny TV episode or some other worldly diversion from the reality that confronted me that day. 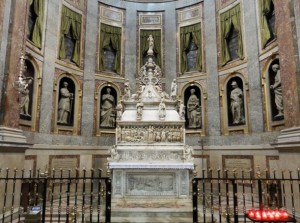 Many of us reach a point at which we are more willing to meditate on death. Different factors can cause this. For me, it came from being in religious life. Religious life is meant to remove, or at least limit, many of the tempting distractions the world offers. Religious life is also difficult emotionally because as a religious you have to live with people who cross your boundaries, irritate your sensibilities, and enflame your insecurities. If you want to be a healthy religious you need to deal with those issues. Essential to dealing with issues is to have an approach to ranking them, an approach that follows from a solid conviction in why you should rank them in that way. I started by asking, “Where is my life headed?” The unavoidable answer to that question was that my life was headed toward death. “What is it I believe about what happens after death in context of what I believe about why I am alive?” In contemplating that, I started experiencing meditation on death as something that freed me from the difficulties of my immediate environment. Those difficulties did not seem so important once I remembered the ultimate aim of my existence was toward a reality after physical death, and the things that were bothering me in the present would not matter at that point. As Saint Paul reminds us, time in this life is running out. From the vantage point of eternity, time will have seemed as brief as a blip on a radar screen.
~ Br. Andy Opsahl, O.P.