I have a weird life.

I know that I have written about these things before, but it isn’t without reason.  Many things happen in the day of a priest. I have a weird life.

Not too long ago, I was on-call for the day. At 10:15 am, I was checking my email in my office when I received a call from the front desk. I was called to go to the hospital to anoint a dying man. I hung up the phone, and closed my computer, nabbed my oils, and took off.

Just as I was walking by the front of the parish and up Pine Street, towards La Boulange, I get a text message from one of our young adults.  The previous Sunday, she and her boyfriend had come into the Friars Chapel as I was there praying.  They had been very…talkative.  Anyway, she texted and apologized.

“I wanted to tell you why we were so chatty,” she explained.  Her boyfriend had proposed to her in the chapel!

She didn’t respond to that.

Suffice it to say that it was a rather jubilant text conversation.  Just talking to her the other day, it was apparent she is so very excited.  She wants to get married two weeks ago.  The funny thing was, when he proposed, I didn’t even realize that they were five feet away from me.  I was doing my whole prayer routine, so I could care less what or who was attempting to distract me.  She mentioned that they were happy that I had been there (bizarre, I know) but they wanted to share the news with me in person.  Now, apparently, they were still in the Chapel by the time I had left, but…anyway.

This text conversation had ended at 10:45 in the morning. 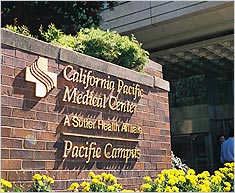 I walked the hospital with a smile on my face.  I mean, how could you be in a bad mood after someone tells you that they are engaged to be married?  Looking at my oils, I remembered myself and began to pray for him and his family.

Entering the room of a dying man is simply indescribable.  There is a heavy knowing about the room.  People know what is going to happen.  And they are scared.  Most have never seen a death before.  Most would rather be in the park or watching a movie.  But they are there.  Out of love for this dying man, they are there, aiding him as he flies to Jesus’ realm.

Fifteen people were present when I entered the room, their eyes and energy focused on the patient.  The man had a mask around his nose.  There were pumps inflating and deflating, helping him breath.  The heaters were on, yet everyone was dressed with sweaters, their arms wrapped around themselves as though they were in the middle of Ann Arbor in December. Always, there is that one family member who has her arms wrapped around her waist, just keeping it together.  The strong woman in the family.  She acted as family liaison, telling me of the patient’s situation.

We began the Liturgy of Anointing and the Commendation for the Dying posthaste.  His family gathered around him, all of them touching him, listening to his gasps, seeing his head bobble, his eyes shut, the odd glisten over his eyelashes. One family member placed her hand over his heart and sobbed.  And sobbed.  And sobbed.

We prayed a decade of the rosary.  Then recited one of the psalms.

Yes, there were machine squawking and buzzing.  The noise of a busy hospital. The sounds of the City. But mysteriously, all I heard was the silent voice of God.

That thick, heavy, presence of Christ that comforts and allows your heart to relax.  It is an unmistakable feeling, knowing that the King has come to take His soldier home.  It’s like feeling a beautiful symphony for the first time.  The music enveloping you, allowing your entire self to swim around the chords and harmonious soaring of melody.  As though you were riding a long chord played by French Horns or allowed climb the air with the violins.

There came a time when I saw that all that I could do had been done.  I put my oils away and thanked the family for calling the parish.  With a muted thank you from the family, I blessed the patient one last time and excused myself from the hospital.

While walking back to the Church, I saw two ladies laden with packages.  The younger lady had tightly cropped hair and a pleasant face.  She spotted me and waved.  I waved back.

“Hey, can I have a blessing?” she asked. 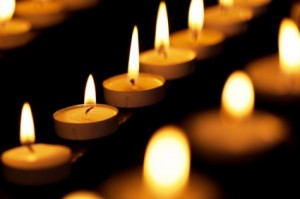 I smiled, half-chuckling.  “Well, okay.  What’s your name?  What are we praying for?”

She told me her name, adding, “I dunno.  I just need a blessing.”

I have a weird life.

We are all busy, right?  And we all want to spend our limited time on earth, well.  May we have that contemplative heart to allow God to do His God-thing, and allow every moment (which ultimately belongs to Him) be filled with blessing and surprise.