Between April 26-May 5, I had been called to give the Called and Gifted Workshop at St Anne’s parish, in Stanley, Hong Kong.  I went, fulfilling my role as spiritual director of the St Francis Xavier Lay Missionaries, co-teaching with founder Tricia Bolle. 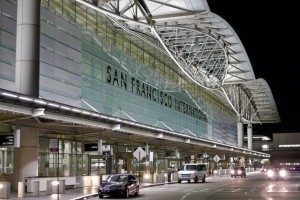 So here is the deal.  I was part of the Young Adults Retreat, then that Sunday, I drove back to the priory, had vespers with the boys, dinner, repacked, said the 9:00 Mass, then got into a creaky-creepy Mercedes (where there was really awful Chinese folk opera playing—thanks, Dino…)  and found myself at SFO.

Of course, I was nervous.  Excited.  For Lent, I learned the Called and Gifted Workshop.  (An odd penance, I know.)  And here I am, finally arriving to the moment of fruition. I was going to Hong Kong!

I remember arriving to my gate, looking around at the hundreds of fellow passengers.  Most of these fellow black-haired travelers staring into the cloud of stupor as they are waiting for 12:20am to arrive.  That was went they started boarding. 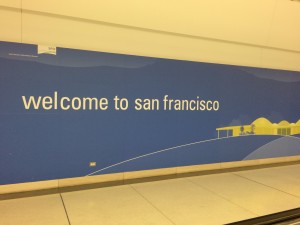 I paced a slow lap around the boarding area, soaking in the faces of my fellow travelers.  Some drooling, some mumbling.  Cantonese, Tagalog, Vietnamese.  I waved to a Vietnamese priest who was going home for a month. As we chatted about normal priest-things, I heard some laughing from my right.

I think they were they only white guys on the flight.

Five young men.  All dressed in Seattle-sheik.  Holed-up jeans, T-shirts, flannel shirts.  One wore a pair of Birkenstocks and the others were in sneakers that looked dirtier than their language.  Yet they were clean-shaven, yet with long hair.  For a company that valued the nonconformity, it was odd to see their uniform.

The stunning part of their presence was…their presence.  The rest of the flight looked tired, ready to fall asleep, miserable even.  Yet here these guys are, acting as if they were in the middle of happy hour.  Laughing and hitting each other like a bunch of 20-something year old boys.  Being that I just got off the Young Adults Retreat, the 9:00 Mass, and the stress of security, I wasn’t exactly amused. I was ready for sleep and viewing The Hunger Games on the flight.

And guess who they sat next to on the 14-hour flight?

Over the next few Wednesdays, I’ll let you know about the little things that happened during that week in April and May.  I hope you enjoy.