Home→Hong Kong→My Sojourn to Hong Kong, part 2b – “That one time when I said Mass in Cantonese”

So last week, you’ll remember that I had literally walked into concelebrating a Mass in Cantonese with the Dominican Friars of the Holy Rosary Province at Rosaryhill in Hong Kong Island.

Usually, it would take me the better part of the day of get over my embarrassment (yes, yes, we all have our pride issues…) but after the recessional, the priest brothers took off their stoles, turned them in to the sacristan and either left or turned towards me with a loving, fraternal handshake.

Father Provincial came up first and asked, “I didn’t know you knew Cantonese.”

The Dominican Laity hosted a dinner for themselves and the friars for a dinner in the school cafeteria. 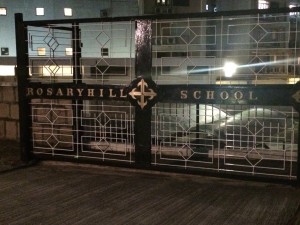 Now I didn’t realize this till I saw the friars: Rosaryhill is the Novitiate House of the Holy Rosary Province.  Like our priory, this priory housed the youngest members of the Order.  Seeing the novices, I introduced myself.  The novices hailed from Venezuela, mainland China, Burma and other places.

One of the brothers slanted his eyes to another brother and smirked. “Uh, yeah, it’s great.”

One of the other brothers looked like he had fallen asleep while standing up. 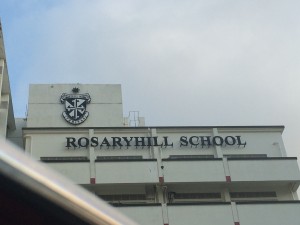 Actually, the novices were quite hospitable.  They were insatiably curious about our province—and the Order outside their little world of Hong Kong.  Asking about formation processes, the size of the territory and what kinds of ministry that Holy Name Province does.  Tricia and I presented the 3-minute summary of the Catherine of Siena Institute and the Called and Gifted Workshop (which they gobbled up like a bunch of 20-year-olds).  Tricia told the brothers about her work in Asia and they were rather amazed, promising prayers for Tricia’s continued perseverance.

For so many reasons, I needed to be at Rosaryhill that day. 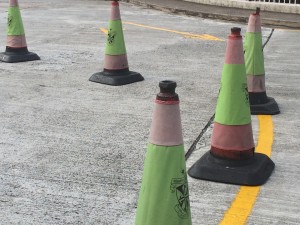 In meeting the brothers at Rosaryhill, I was confronted with my own limitations, yet again.  Tired from the traveling, nervous for the workshop—by the time we made it to Rosaryhill, I wanted us to take a cab back to our hosts’ home.  All day long I had been surrounded by people, people, people—I yearned for ten minutes of quiet in my own room, alone, with me, God, and my thoughts.

Yet it would be a poor thing that the spiritual director of XLMS would not go to a Mass, celebrated by his own brethren, simply because he was tired.  Ecclesially speaking, XLMS is still quite young and needs all of the support from the Order and other Church entities it can get.

I think many of us have had those moments where the word ‘obligation’ is a blessing.

Yet, there had been so many blessings of this part of the journey.  Seeing more of Hong Kong, meeting brothers I hadn’t known existed, receiving the promises of prayers and penances from the novitiate. There are far worst things.

The next evening, we were to begin the Called and Gifted Workshop, the reason for our coming.  The brothers saw us off, and Tricia and Fr Isaiah Mary were off to their next adventure in Hong Kong.