The Charism of Faith is crazy.

Taking a page from the Called and Gifted Workshop of the Catherine of Siena Institute, I am speaking of the charism of faith, not the virtue of faith.

Faith, as a theological virtue, is “by which we believe in God and believe all that he has said and revealed to us, and that Holy Church proposes for our belief, because he is truth itself. By faith “man freely commits his entire self to God.” For this reason the believer seeks to know and do God’s will. “The righteous shall live by faith.” Living faith “work[s] through charity”.” (CCC 1814). 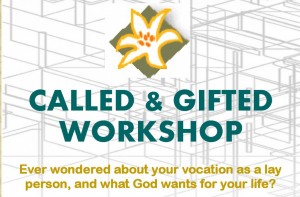 The Called and Gifted Workshop teaches that the Charism of Faith is a Lifestyle Charism, which informs all other charisms.

By contrast, the charism of faith is…well, crazy. Nicknamed the Crazy Charism, faith is the rare gift that resonates at the core of a person’s being that God, who is the Grand Provider and Protector, will conquer any sort of adversity for the sake of His beloved.  It is the belief that, knowing that there is an insurmountable adversity, God will allow His Will to be done.

For instance, when Saint Dominic’s band of preachers was approved by the Church, he charged them to go out into the world and preach the Gospel everywhere–just like the Twelve–especially where the Universities were just starting to grow.

It was reckless and impractical, but his charism of faith informed him that this was the best way to develop the new band of preachers into what it is today.

To have this kind of faith–to purposely put yourself out there and fall into providence in such a way that looks unwise and idiotic.  And the thing is, Saint Dominic did this often–so many times he would throw his hands into prayer and beg for God’s providence  For most, we think that this kind of thing does not happen anymore.  As though these kinds of things are legends of fancy.

Funny enough, I see something this crazy, and this admirable, on a regular basis. I think this is one the reasons why I keep my seat with Tricia Bǿlle and her St. Francis Xavier Lay Missionaries. 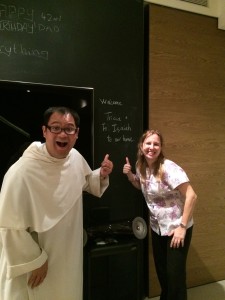 From the May trip to Hong Kong

Just recently, the Society had acquired Tricia a number two.  This Assistant will be in charge of a number of things within the Society’s structure, on the front and back end.  She will be assisting Tricia on a number of aspects of XLMS’ life, from databases to Bible Studies.  Yet, after the deal was signed, there was still one detail to be determined: the Assistant’s housing.

You see, the Assistant just graduated from college and her family lives on the other side of the world.  So yeah…she kinda needed a place to stay.

Tricia didn’t think this much of a problem: “Oh, yeah, there’s got to be someone out there—Chinese Catholic or otherwise—that has a spare room willing to offer it for God’s purpose.  I mean, look how many empty nesters there are in the area.”

“Um,” I responded, “I mean, we have two months to figure this out.  You sure we can find someone?  With our budget, we can barely afford pizza for the Executive Board, much less–“

Ever have that one conversation with a friend and the friend, firmly yet politely, says that the conversation is over?  Yeah…that.

The next seven weeks were stressful.  Tricia would call and email several communities and families about housing her Assistant.  Though some houses were open, the conditions of the stay were insurmountable—rent was too high (remember how ridiculous amounts of cash studios go for in San Francisco) , the commute unrealistic, or something else.

Over a cup of coffee, I said, “Okay, we’ve tried about five families in that community, we have to start looking at studios in Mountain View.”

She grimaced.  “Please do, but I’m going to keep on praying and talking to people.”

“Aren’t you worried about this?” I asked, flummoxed.

She looked indignant.  “Of course I am.  But God is going to be amazing.  Just watch.”

I willed my eye from rolling.  “Watch.”

A few weeks later, I ran across a place that seemed ideal, though it was on the other side of the Bay.  “It looks good and you know some of the people involved.”

“I’m done waiting, Tricia,” I announced, gripping my cell phone.  I felt like I was choking it.

Tricia and I ran into roadblocks, Dobermans, not to mention electric fences.  I sent letters to my personal prayer network—laity, nuns, other priests—all asking them to pray that we find housing for Tricia’s Assistant.  Many of Tricia’s contacts fell on false hopes.  Time ran short.  Both of us lost sleep, thinking and praying for options, looking at apartment prices and housing options.

A few days before Tricia’s Assistant arrived, a fellow Board member had lunch with Tricia and a mutual friend.  The friend mentioned, “Sure—my husband and I can house her for like…I don’t know, a week?”

A few hours later, on the phone, my response was, “Okay, so we have one week down, what about the other fifty-one?”

I felt thankful that I had said this over the phone; I wasn’t in the mood for Tricia’s scowl.

Four days after the Assistant arrived, Tricia received an email from our Board member’s friend who had offered the short-term temporary housing.  It read:

“We talked it over and we would like to house [the Assistant] for the remainder of her ministry service.”

When I had heard this, I growled.

“Aww, what you’re you thinking?” she said.  You could hear her smile.

“Fr Isaiah Mary Molano, of the Order of Preachers,” she said.  I felt like my mom was calling me downstairs for a spanking.

“Nothing, I-I-I…” I stuttered, looking over Bush Street. 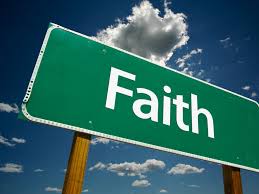 “Stupid crazy charism—I cannot believe this!” I growled, shaking my head.  “I mean, Jesus could have given us a little more leeway.”

“The Charism of Faith is annoying that way,” she surmised. “It’s beautiful in that it assures me that Jesus is there with you and will always bring things together in accordance with his will.  In this sense, it allows me to regularly step out in faith in a way that might seem imprudent to others.  But,” she said, pausing, “it doesn’t at all mean you don’t stress out about these things.”  She sighed, laughing.

“I can’t believe this,” I responded, kicking some trash.  “How much will they charge for rent?”

I sighed, looking up at the cloudy, San Francisco summer sky.  “Well, Jesus, have it your way.”

The charism of faith.  That gift that reminds the Body of Christ that Jesus really is in control despite us.  With Saint Dominic, it was the confidence he had in those first few years of knowing that Jesus was calling him to found an Order that lived and operated in a way that revitalized the Church.  For XLMS, it is that charism informing Tricia that Jesus wants this work to persevere, and will bring down any obstacles in his own time…despite the skeptics that hang out across the table. 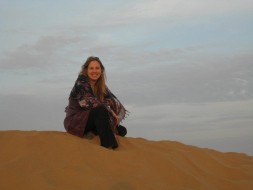 I am honored to be part of the fledgling XLMS.  So many times in the past eight years, there have been those times in which Tricia could have—and in some cases, should have—walked away and gone after a secular job, giving her an opportunity in which she could obtain more proper housing, a more predictable paycheck, and other things she very much wants.  Yet here is this young woman, throwing her lot with the unpredictable, always providential, Father, ardent in her faith and love.  O God, what a life!

It looks foolish, though, to put things off, not move on opportunities because it doesn’t seem right, whatever.  But then again, we also know that Blessed Teresa of Calcutta rarely, if ever, fundraised and let God’s work through her ministry speak for itself.  Yet…how many people on the street could identify Blessed Teresa, as opposed to any of the richest Americans today?

The Letter to the Hebrew teaches, “It is a fearful thing to fall into the hands of the living God” (10:31).  That’s just another way of saying that living on the graces of the provident God is an awesome adventure. Be part of the mission!  You are invited to give of yourself to help XLMS bring the Gospel of Christ to the peoples of greater Asia.  If you would like to join XLMS, or participate in this extraordinary work, go here.