Jesus and his disciples left from there and began a journey through Galilee, but he did not wish anyone to know about it. He was teaching his disciples and telling them, “The Son of Man is to be handed over to men and they will kill him, and three days after his death the Son of Man will rise.” But they did not understand the saying, and they were afraid to question him. They came to Capernaum and, once inside the house, he began to ask them, “What were you arguing about on the way?” But they remained silent. They had been discussing among themselves on the way who was the greatest. Then he sat down, called the Twelve, and said to them, “If anyone wishes to be first, he shall be the last of all and the servant of all.” Taking a child, he placed it in the their midst, and putting his arms around it, he said to them, “Whoever receives one child such as this in my name, receives me; and whoever receives me, receives not me but the One who sent me.” (Mark 9:30-37)

This weekend we continue reading from St. Mark’s account of Jesus’ preaching mission in Galilee. Last week, we found Jesus and his disciples traveling in the furthest northeast region of Galilee at Caesarea Philippi. There wandering amid the ruins to the Greek god Pan, when Jesus asks them, “Who do people say that I am,” Peter immediately responds, “You are the Christ.” For Peter, it is a moment of wisdom and insight and yet, it is fleeting. Though Peter recognizes the divinity of Jesus, he fails to recognize that the mission of the Christ involves suffering, death and resurrection. When Peter chides Jesus for speaking about his own suffering to come, Jesus rebukes him, “Get behind me Satan.” Though Peter knows who Jesus is, he still has to learn what it means to follow him fully. It is not enough to profess the faith, the disciple must live it.

In light of this chastening, it is little wonder that as Jesus continues to speak of his future passion and death, the disciples are afraid to question him about it. Though they are not comfortable with the idea that the Messiah must suffer (in part because of what it implies for them!), they are very eager to argue who will have the positions of preeminence and power in the kingdom that Jesus establishes in the light of his presumed victory. We can image each disciple championing their particular virtues and exploits, no doubt comparing themselves favorably at the expense of the others. So when Jesus questions them afterwards in the comfort of their evening lodgings, they are rightly embarrassed to admit the nature of their boastful repartee. Jesus uses this opportunity to teach them what true power and authority looks like. He invites a child into their circle and tells them that he himself is identified with the weak and helpless, “Whoever receives one child such as this in my name, receives me; and whoever receives me, receives not me but the One who sent me.” For the disciple of Christ, power is not rooted in one’s ability to control, but to be of service. The virtue of welcoming and encouraging those who are without status or authority is a hallmark of real discipleship. 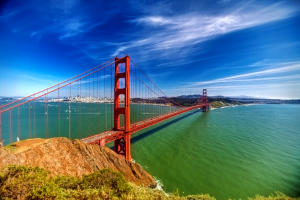 This week we seek the wisdom and strength to continue to follow Jesus in our own lives. As we rise in the morning, let us ask for the insight to discover God’s presence in the people and circumstances of the day’s events. Especially in those times and occasions when we could avoid or dismiss those who have little claim on us, we do well to open our hearts to welcome and respond to them as if they are Jesus himself. Even the least act of love can create the greatest moment of the day’s grace! ~Fr. Michael Hurley, O.P.